Dedicated to sports carz, super carz, and the best the industry has to offer in the hypercarz automotive sector. Enjoy!

Audi is sending the most powerful TT ever into the competitive field. Its newly developed five-cylinder engine delivers 400 hp - accompanied by unmistakable engine sound.

The sixth-generation Chevrolet Camaro offers higher levels of performance, technology and refinement enabled by an all-new, lighter architecture and a broader powertrain range. The LT1 6.2L V-8, at 455 horsepower and 455 lb-ft of torque motivates the most powerful Camaro SS ever.

The BMW M Division is celebrating the success of its entry in DTM with the BMW M3 DTM Champion Edition. This special-edition model is available exclusively in Frozen Black metallic.

The 2013 Ford Mustang Shelby GT500 is about to go where no Mustang has gone before, with a complete package for everyday drivers and track-day enthusiasts alike, 662 horsepower and top track speeds of more than 200 mph.

The New for 2014 Porsche Cayman is more distinctive than ever. It's styling is marked by precise lines and razor sharp edges that emphasize the car's low silhouette and sporty character. 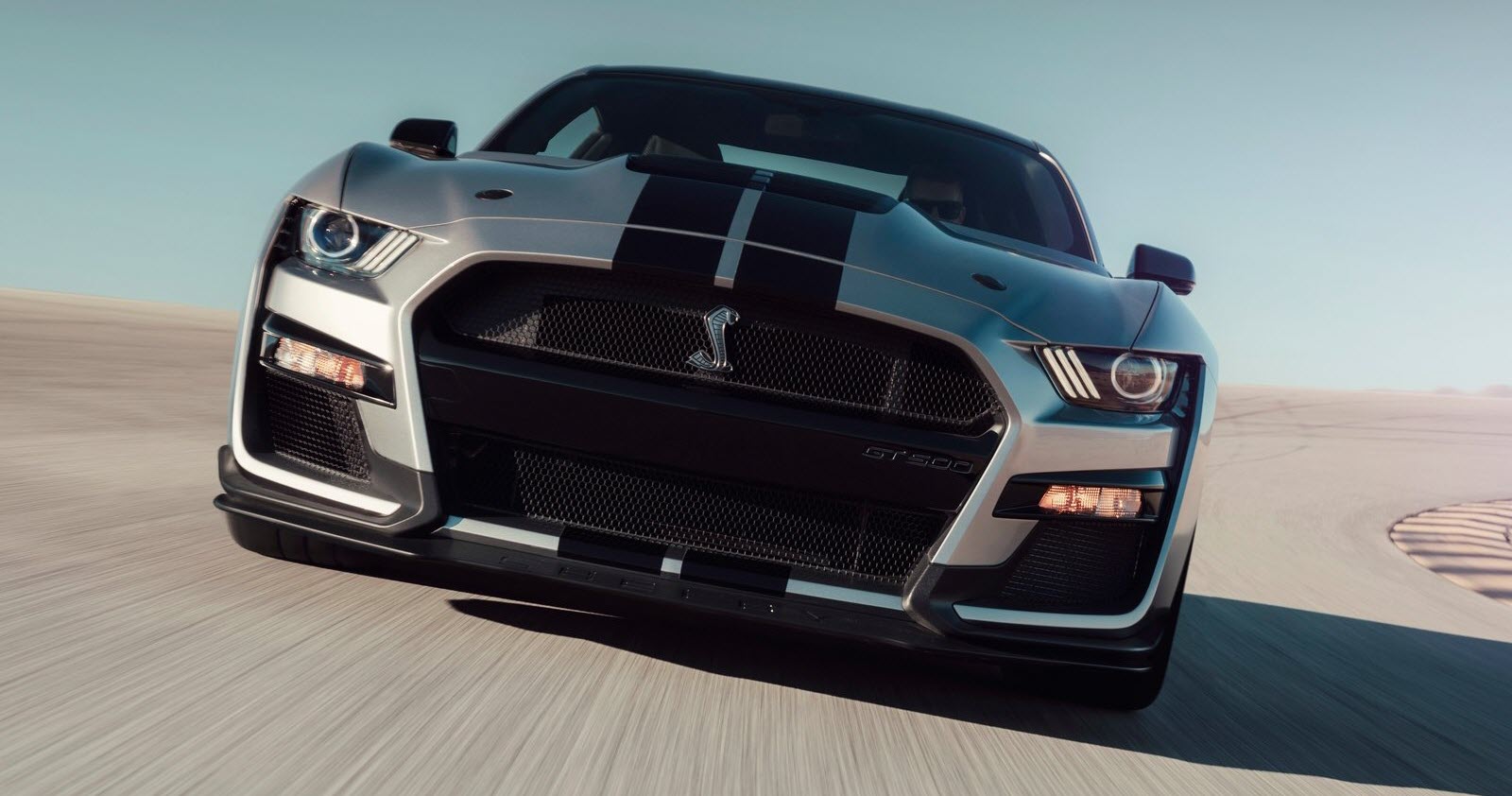 The all-new Shelby GT500 - the pinnacle of any pony car ever engineered by Ford Performance - delivers on its heritage with more than 700 horsepower for the quickest street-legal acceleration and most high-performance technology to date ever offered in a Ford Mustang.

The 2020 Toyota Supra is a fully forward-looking sports car, brimming with a cutting-edge powertrain, chassis and multimedia technology.

The mid-engine, 2+2 Lotus Evora 400 features restyled front and rear fascias, interior tweaks to make the rear seat wider and the doorsills lower and narrower. Better yet, the supercharged 3.5-liter V-6, gets a 55-hp bump to an even 400!

The BMW M4 Coupe sees a new interpretation of the high-performance sports car - and carrying the BMW M philosophy over into the fifth generation of the M3. The M4 is poised to take over the the success story of the M3 in coupe form.

In 2003 BMW introduced the series version of the Concept Car which had already hit the headlines at the 2001 Frankfurt Motor Show - the BMW M3 CSL - "Coupe, Sports, Lightweight".

The M3 that started it all.

Z/28, the most iconic model in Camaro history.

The all new Alfa Romeo 4C marks the return of the great Alfa Romeos and represents the purest formation of the brand's DNA with its supercar-levels of performance and innovation.

The Nissan 370Z is one of the most exciting pure bred sports cars on the market and to cement its place as a dynamic leader it comes equipped with a 328 horsepower 3.7 litre V6.

The Audi TT RS has never been this masculine. The completely redrawn front end and the striking rear end give it a dynamic appearance! Its five-cylinder engine delivers 400 metric horsepower, accompanied by the unmistakable five-cylinder sound.

This AMG takes "Driving Performance" to new heights with AMG's 4.0-litre V8 biturbo engine with 510 hp. Coupled with the sophisticated AMG RIDE CONTROL suspension with electronically controlled shock absorbers, the set-up of the AMG DYNAMIC SELECT transmission modes, the rear-axle limited-slip differential or the dynamic engine mounts and you have a true Sportscar!

The new Shelby GT350R has been designed and engineered with never-before-seen track capability from a Mustang - thanks to innovations in aerodynamics, chassis engineering and light-weighting.

The ATS-V Coupe arrives in spring 2015, powered by the first-ever twin-turbocharged engine in a V-Series. Rated at an estimated 455 horsepower and 445 lb-ft of torque, the engine is the segment's highest-output six-cylinder and enables 0-60 performance in 3.9 seconds and a top speed of more than 185 mph.

Driven by the five SRT performance hallmarks, the Dodge Challenger SRT is re-designed and totally re-engineered to be the most true-to-form muscle cars on the market.

The BMW M3 GTS, is ideal for Clubsport events - exactly the right car for the truly discerning customer demanding the very utmost in terms of power and performance.

The Audi TT RS has a turbocharged 2.5-liter, 5 cylinder engine that produces 340 horsepower and 331 lb-ft of torque, which enables the Audi TT RS to perform extraordinary feats making it a top-notch all-wheel drive sports car.

A definition - a small, usually two seat, two door car designed for spirited performance and nimble handling. Sports carz may be spartan or luxurious but high maneuverability and minimum weight are a prerequisite.

A definition - an expensive high end sports car, specifically a very expensive, fast or powerful car. Generally it must be very fast, with sporting handling to match, it should be sleek and eye-catching and its price should be one in a rarefied atmosphere of its own.

A definition - a design concept car developed with ultra-light construction, aerodynamic styling using advanced composite materials, low-drag design, and can incorporate hybrid drives. Hypercarz can also include limited production specials from elite automakers, that have massive power and performance, as well as concept models that appeal to a variety of auto enthusiasts